When you live off campus, there is a chance that some things will pass you by. One of those things that passed me by was theatre. Marjon has its own  actor training company called  The Actor’s Wheel. They put up productions in Marjon’s own theatre in Desmond Tutu Building and then go on tour.  I have found posters and flyers of their past productions in our archives. 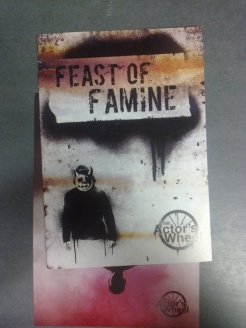 And if you feel like some theatre and want to support young thespians, here is the link to their website. Check out their new productions starting in may.

Leavers’ Dinner. Funny time to write about it. Usually held at the end of third’s year second semester. But this would be time for people to start thinking if they should like to go or not. (I didn’t go to mine if you’re wondering.)
As the Leavers’ Dinners are a long and well-established tradition, so are the menu retained in the archives. Here are some examples from the years passed.

So, here they are- just menus, but still quite fun.

Filed under long time ago